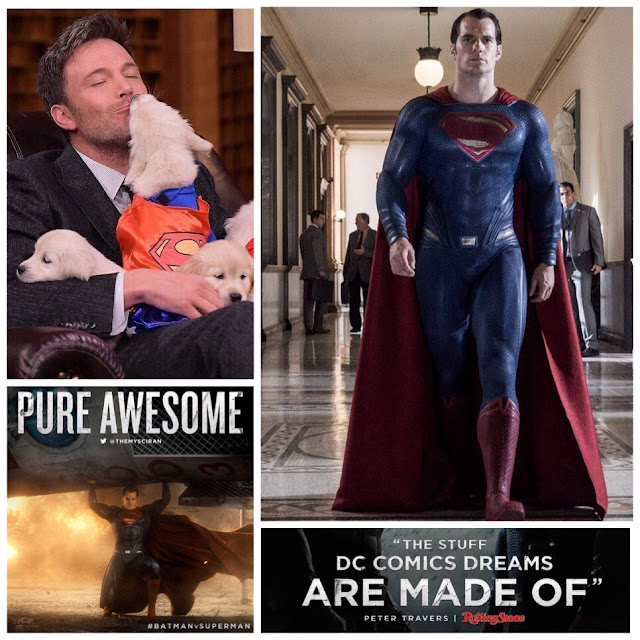 Supes puppy kisses for everyone!

Batman v Superman is showing its strength at the box office. Never doubted it would. Go fans!

"Fandango reports that it is seeing 30% more repeat business than the ticketer usually sees for a blockbuster film, indicating some fans enjoyed the spectacle."


Deadline: "In a statement, Veronika Kwan Vandenberg, Warners’ president of Worldwide Distribution beamed, “These incredible numbers are building momentum for not only this movie but for the upcoming slate of DC superhero films.”

You really want to take the time to watch this video below. He's a guy who seems to really "get it," and whose films capture the spirit of why these characters mean so much to so many.