Which of these guys would you rather hang out with? (me) Enter to meet both of us and attend the premiere of Batman v Superman. Only a few days left. ENTER by clicking the link in my bio, or visit omaze.com/superman.
A photo posted by Henry Cavill (@henrycavill) on Mar 9, 2016 at 9:02am PST

Henry and Ben are about to launch the Batman v Superman press tour in Beijing, as we count down to the world premiere of the film in New York City on Sunday, March 20.

There are only a few days left to enter the contest that could put you there, and did we mention you also get to fly in a helicopter with Henry? -- The winner will also ride in the Batmobile with Ben Affleck, and photobomb people on the red carpet with Jesse Eisenberg. Most importantly, by entering you will be helping support Durrell Wildlife, which Henry is an ambassador for.


Our friend @henrycavill is joining our mission to save species from extinction before it's too late. In return, he's offering you the chance to soar the skies with him in a helicopter before hitting the premiere of Batman v. Superman. Support for conservation and ENTER at omaze.com/BVS! #Durrellteam #Conservation #HenryCavill
A photo posted by Durrell Wildlife (@durrellwildlife) on Mar 9, 2016 at 6:18am PST

http://bit.ly/FlyWithHenry -- Time is running out! 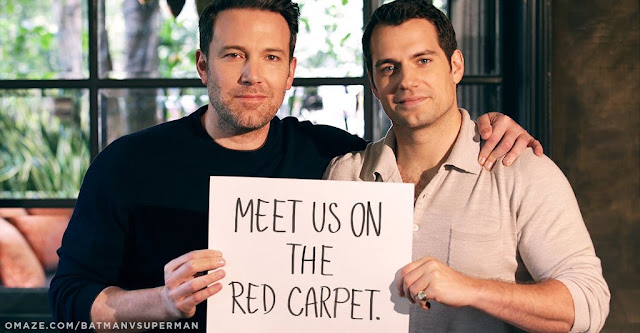