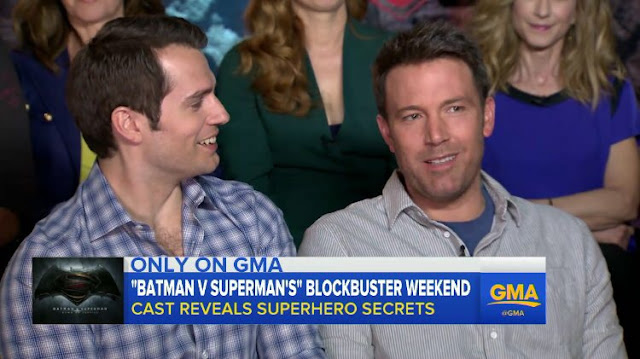 The cast of Batman v Superman has been heavily promoted on Good Morning America (don't miss Henry's appearance on the show), and today ABC aired a new clip from an interview they conducted with the cast in LA a few weeks ago. It's a funny one, with Amy talking about her inappropriate Lois kiss, and Gal's silence saying a lot about who may be making a cameo in Wonder Woman (hint: It's SO Henry).  WATCH IT AT THEIR SITE or below. 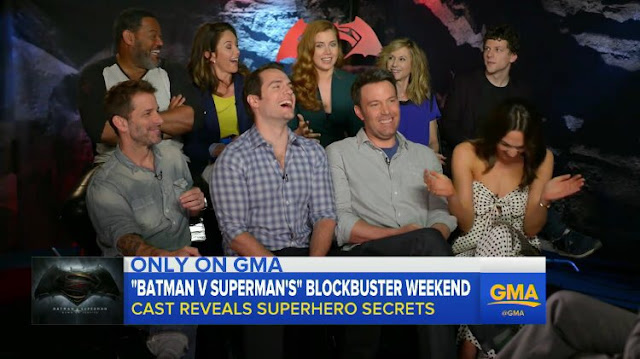