Thank you to you, the fans, for speaking so loudly. Hope lives on #BatmanvSuperman
A photo posted by Henry Cavill (@henrycavill) on Mar 28, 2016 at 8:10am PDT

Today Henry is thanking you, his amazing fans, for giving Batman v Superman a record-breaking Easter weekend around the world.

We're exactly two weeks away from the start of filming on Justice League, and the countdown will then begin all over again to November 17, 2017.

Let's do this Superman.


You are all that matters .. Thank you for being so supportive of @batmanvsuperman . Your love is not to being taken for granted!🙏🏻 and I'm already on my way to the @wonderwomanfilm set 🙅🏻
A photo posted by Gal Gadot (@gal_gadot) on Mar 28, 2016 at 8:34am PDT

Awee.. and so does Warner Bros. Group hug! 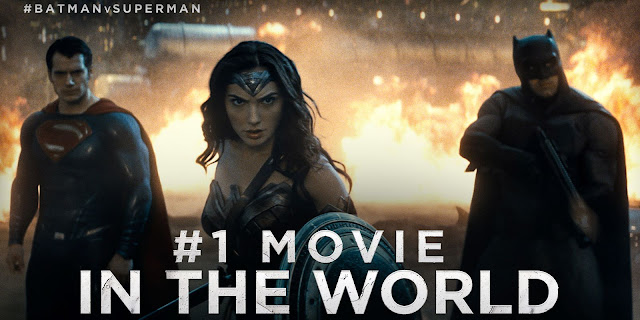 Thank you for making #BatmanvSuperman the #1 movie in the world! pic.twitter.com/qNT9VqeKci
— Batman v Superman (@BatmanvSuperman) March 28, 2016