Tonight I sit down with the cast of #BatmanvSuperman. Spoiler alert: they walk out when I ask four questions about #Wolverine. Link in bio to watch the cold open.
A photo posted by CONAN (@teamcoco) on Mar 31, 2016 at 6:12pm PDT

TBS gave us a preview, and here's the first official photo!


"It's like sex but with a really aggressive partner." - Henry Cavill on playing Superman #CONAN
— Team Coco (@TeamCoco) April 1, 2016 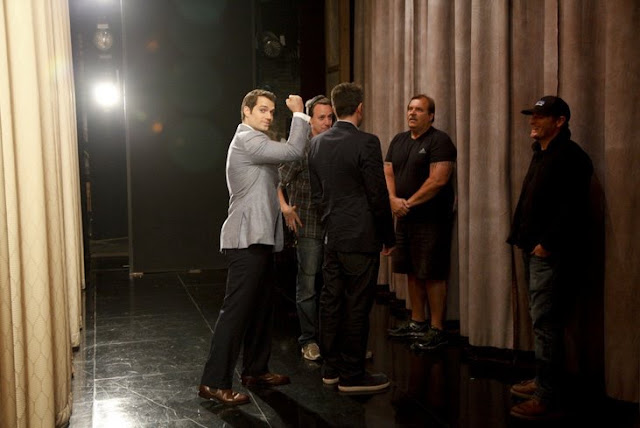 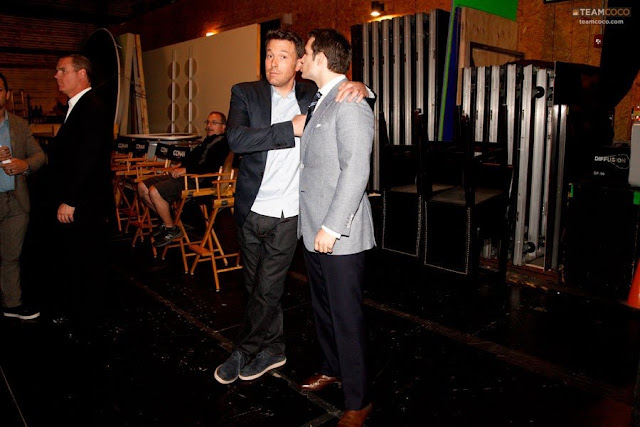 
SEX TALK IN THIS FIRST EXTENDED CLIP BELOW

Batman slept with Superman's mom (which is why they're really fighting).


"Ben Affleck + Henry Cavill = Henjamin Cavfleck" (they don't like Benry) - Click on the playlist on the top left to see all of the clips. We'll add the full show when it's in.

Tune in to Conan tonight.